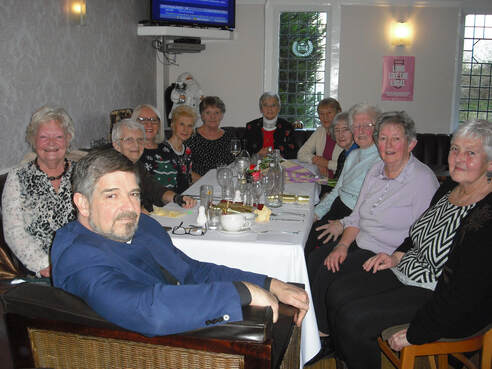 It is with great sadness that after 82 years the UCM Wales Flint Foundation members have decided they can no longer continue.  Nine members are left and their ages range from 69-92 and although it has been a struggle over the last 12 months it is a testament to their generation and commitment to a wonderful Catholic organisation that has raised many thousands of pounds and helped people not only locally but all over the world.
The union of Catholic mothers Wales Foundation has been in existence for 82 years and members past and present can be proud of what they have achieved.
Members would like to thank parishioners that have supported Flint Foundation, to Fr Adrian and Canon Joe Stewart our Spiritual Advisors and to Pat Evans (organist) for providing the music at our conferences.  A special thank you to St John’s and St Mary & St David’s ladies for supporting the Card Bingo every month.
We would like to point out that this is not unique to Flint.  Foundations all over England, Wales and Scotland are having to close because of lack of membership.
Hopefully in the future younger parishioners  will revive Foundations and the Union of Catholic Mothers will be part of parish life again.
Jennifer Davies(Past President)
Dot Chandler (Secretary)
Mary Cunningham (Treasurer) 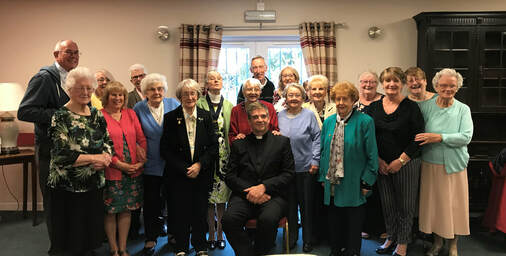 Flint Union of Catholic Mothers celebrated their 80th Anniversary on the 6th September 2018.  The Foundation was actually formed by the late Mrs Rogers along with other ladies on the Feast of the Immaculate Conception  8th December 1938.  There were at that time 72 members plus and these numbers continued to rise and the Foundation was a very active one, working within the Parish, fund-raising and enjoying spiritual and social time together also where possible attending Diocesan and National Meetings in different parts of England and Wales.
In 1938 we were part of the Diocese of Menevia and also part of the UCM throughout England and Wales.
In 1990 UCM became independent from England and our title became Union of the Catholic Mothers Wales.
There are ladies who are members of our Foundation today, whose own Mothers and Grandmothers were members before them.
Over the years members of our Foundation here in Flint have gone on to hold Diocesan Office - Mrs Ursula Pickering and Mrs Jennifer Davies have held the Office of Diocesan Presidents - Mrs Monica Jones and Mrs Dorothy Chandler have held the Office of Diocesan Secretaries and Mrs Pat Jones, Mrs Mary Cunningham and Mrs Monica Jones the Office of Diocesan Treasurers.
We have also had representation at National Level with Mrs Monica Jones holding the following National Offices - National Vice-President, North, - National Secretary - National President- and finally Deputy National President.
Sadly our numbers are depleting but we still continue to work within our Parish and support our Parish Priest, attend Diocesan Open Meetings and National Events.
So the members of Flint Foundation can be proud of their achievement in reaching their 80th Anniversary this year, no mean feat in today's world.
The Union of Catholic Mothers Wales has a Foundation in Flint comprising of approx. twenty members with three who hold the position of Officers these are President Jennifer Davies Secretary Dorothy Chandler and Treasurer Linda Gilsenan . The aims of the U.C.M. can be summed up in four words Family, Fun , Sharing and Caring . Meetings are held on the 1st and 3rd Wednesday of  the month at 1.00pm and new members are always welcome. The meetings take the form of Prayer's , The Rosary , organising Parish events , fund raising and at times some very lively discussions . In the past we have supported many charities as well as our Parish Priest Fr. Adrian Wilcock and our Church . Of course there is also the social part of being a member of the U.C.M , days out and trips to the theatre are organised throughout the year .The  Parish event our members love to do is the Senior Parishioners Party held twice a year in the Spring and Christmas not sure who enjoys them the most the guests or the members. As well as being members of the U.C.M we are also friends who as well as helping others support one another through difficult times that we all go through in our lives.
​
Anyone interested in joining can obtain the relevant phone numbers from the Parish Office.
​